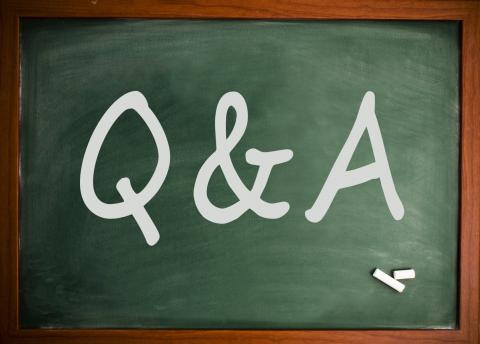 Many of the most successful people have gotten job interviews down to a science.

They're not in the habit of wasting time with dumb or irrelevant queries.

In fact, they often have one favorite go-to question they like to ask. This typically reveals everything they need to know about a job candidate.

Check out the questions 11 business leaders love to ask candidates: According to the biography "Elon Musk: Tesla, SpaceX, and the Quest for a Fantastic Future," the Tesla and SpaceX CEO likes to ask candidates this riddle to test their intelligence.

There are multiple correct answers, and one is the North Pole. One of Zappos' core values is to "create fun and a little weirdness," Tony Hsieh, CEO of the company, tells Business Insider.

To make sure he hires candidates with the right fit, Hsieh typically asks the question: "On a scale of one to 10, how weird are you?" He says the number isn't too important, but it's more about how people answer the question. Nonetheless, if "you're a one, you probably are a little bit too straight-laced for the Zappos culture," he says. "If you're a 10, you might be too psychotic for us." If the candidate answered "yes," they'd get hired. If they answered "no," the recruiter would ask, "Who is?" Then they'd try to hire that other person instead, Business Insider previously reported.

According to Finkelstein, super-bosses like Ellison are confident enough in their own abilities that they aren't worried about employees outshining them, and they aim to hire people who are more intelligent than they are because those employees will challenge them to come up with better ideas and solutions to problems. Business Insider previously spoke with Lori Goler, Facebook's president of people operations, about how the social media giant recruits top talent. That's what this question is all about — on a perfect day at work, what activities allowed you to "get in the zone" and do great work.

She recommends that people interested in working for Facebook apply to roles that play to their strengths:

"They should just apply," Goler told Business Insider. "We hire people every day who just apply to the website. We love meeting people that way. Jump right in." To do this, he always gives job candidates and the founders of companies seeking an investment this interview prompt: "Tell me something that's true, that almost nobody agrees with you on."'

In a 2012 interview with Forbes, Thiel said the reason he loves this question is: "It sort of tests for originality of thinking, and to some extent, it tests for your courage in speaking up in a difficult interview context." Virgin Group founder Richard Branson explains in his new book "The Virgin Way: Everything I Know About Leadership," that he isn't a fan of the traditional job interview, reports Business Insider's Richard Feloni.

"Obviously a good CV is important, but if you were going to hire by what they say about themselves on paper, you wouldn't need to waste time on an interview," Branson writes. That's why he likes to ask: What didn't you get a chance to include on your résumé? Drew Houston, the 33-year-old billionaire founder of Dropbox, tells Adam Bryant of The New York Times that he has five questions he always likes to ask job candidates:

1. Who is the best in the world at what you do?

2. Who are your influences?

3. What have you learned in the last year?

4. If you were able to sit yourself down 10 years ago, what advice would you give your younger self?

5. What are the most important lessons you've taken away?

As Business Insider previously reported, Houston explains that these questions help him discern if a candidate is passionate about constantly improving. "I'm drawn to people who really love their craft, and treat it like a craft, and are always trying to be better and are obsessed with what separates great from good," he tells Bryant. Hannah Paramore, president of Paramore, a Nashville-based interactive advertising agency, told the New York Times' Adam Bryant that this is one of her favorite questions.

"I'm looking for how deeply instilled their work ethic and independence are versus entitlement," she tells Business Insider. "If they worked part time in high school and college because they needed to, especially in jobs that were just hard work, that shows a huge level of personal responsibility. I love people who have to patch success together from a number of different angles." A good answer to this question is important because it means that the candidate isn't afraid of taking risks and will admit when things don't work out, says Jenny Ming, president and CEO of clothing store Charlotte Russe and former chief executive of Old Navy.

"It doesn't even have to be business; it could be life lessons. I think it's pretty telling. What did they do afterward?" she says. "How did they overcome that? I always look for somebody who's very comfortable admitting when something didn't work out."

People always like to tell you about their successes, she explains, but they don't always want to tell you what didn't work out so well for them. She has on query she likes to ask in particular, she previously told Adam Bryant of The New York Times.

Her question for potential hires is: "What's the biggest impact you had at your past organization?"

"It's important that someone takes ownership of a project that they did, and you can tell based on how they talk about it whether they did it or whether it was just something that was going on at the organization," she told Bryant. Yasmin Green, head of research and development at Jigsaw, Alphabet's tech incubator formerly known as Google Ideas, wants to hire creative, independent thinkers, so she gets candidates to think on their feet by asking them how they'd manage an imaginary ice-cream stand.

"I'm curious to see how people deal with ambiguity and whether they can have fun while thinking on their feet," she says.

Green says that to land a job at Google, you also need to "be prepared to challenge the premise of the question."

How to answer 8 tough job-interview questions without lying 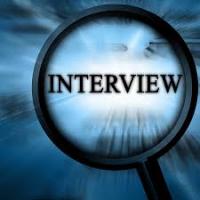 When it comes to job interviewing, honesty is always the best policy. Chances are, if you're not caught in your lies now, the truth will come out eventually — and if you have to fib to land a job, do you really think you're the right person for it anyway? But,...

8 things smart people never reveal about themselves at work 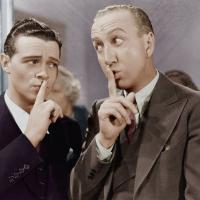 Travis Bradberry published this post originally on LinkedIn. At work, sharing the right aspects of yourself in the right ways is an art form. Disclosures that feel like relationship builders in the moment can wind up as obvious no-nos with hindsight. Trouble is, you can't build a... 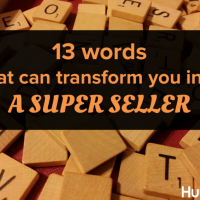 They say selling is more art than science. And according to marketing-software maker HubSpot, there are certain words salespeople should use to boost their chances of closing more deals. Using the 13 words below can help you significantly sell more and make a boatload of money...

9 phrases that make you sound less experienced than you are 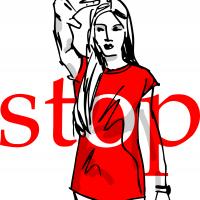 When I started my first job, I was the youngest person in my organization. No, really. Although I could legally drink (barely), every single one of my 300-or-so co-workers was older and more experienced than I was. I felt like the low woman on the totem pole — and worse, I probably acted...

15 things successful people do during their lunch break 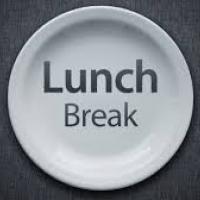 Do you typically spend your lunch hour scarfing down an unhealthy meal at your desk? Maybe you run out for a quick bite but keep your eyes glued to your smartphone. Or perhaps you just skip lunch altogether. Experts say your lunch hour is critical for keeping your productivity and energy...